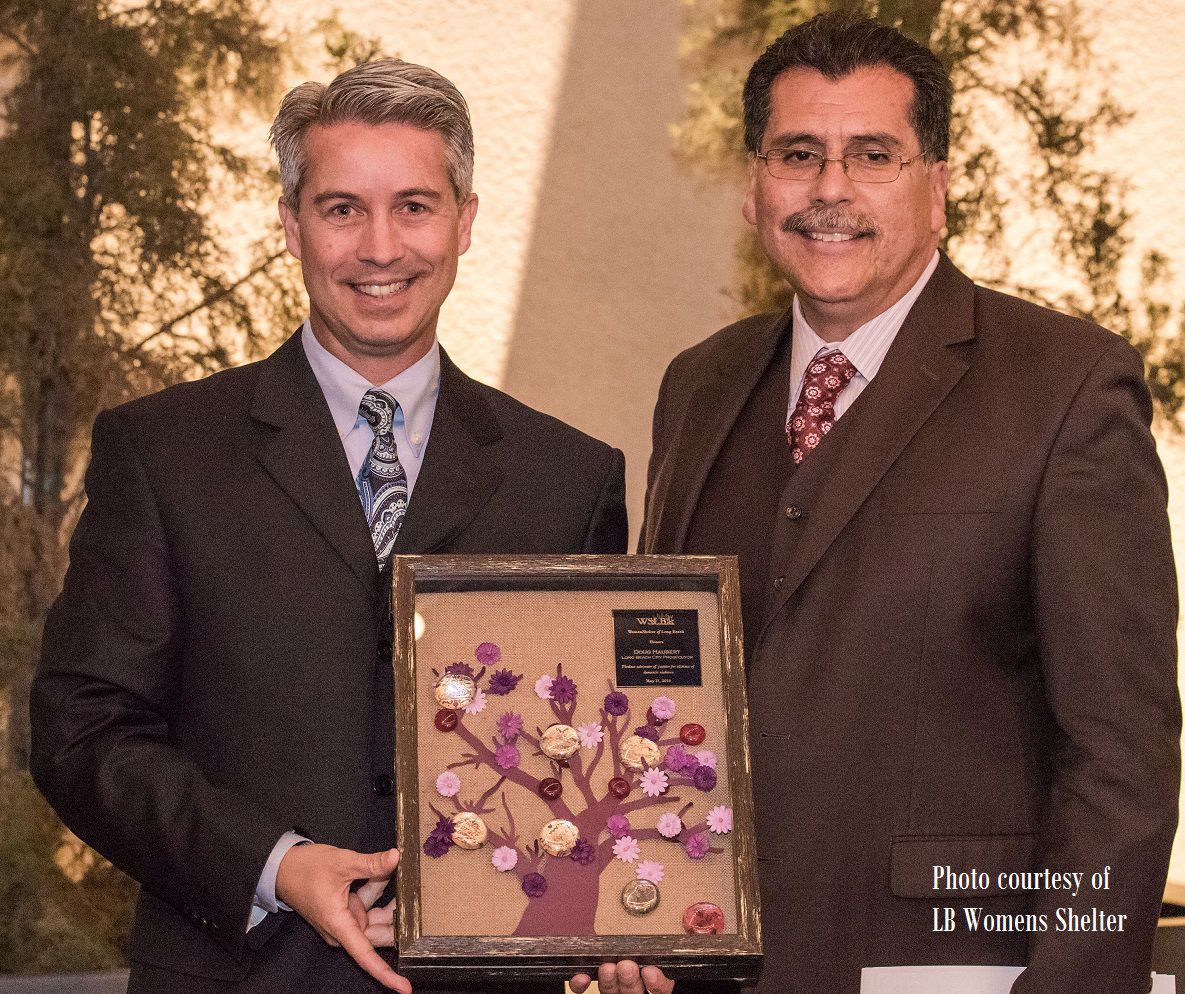 City Prosecutor Doug Haubert is an experienced attorney in both criminal prosecution and civil litigation. He was elected City Prosecutor by Long Beach voters in 2010 and re-elected in 2014 and 2018.

His family ties go back more than 50 years to when his grandfather Lt. Col. Harvey Stockwell taught in Long Beach public schools after retiring from a career in the U.S. Army. Stockwell Hall on the campus of Poly High Schoolis named in honor of Doug's grandfather.

In his first term as City Prosecutor, Doug Haubert fulfilled his pledge to focus on gang crime and prevention, creating a strategy called a “model” for other public prosecutors. Arrests and prosecution of active gang members increased, and gang-related crime decreased. Meanwhile, Haubert’s Gang Prevention Strategy, a community-based approach to gang intervention and rehabilitation, was named one of America’s “Best Neighborhood Programs” by Ohio-based non-profit organization, Neighborhoods USA. Haubert's new " comprehensive gang prevention model" won praise from community leaders as well as a $203,000 grant from the U.S. Department of Justice under President Barack Obama to fund gang intervention work. At the time, it was the largest grant ever received by the City Prosecutor's Office.

No City Prosecutor has spent more time in the community, meeting and speaking with residents and local stakeholders. Haubert is frequently an invited speaker at meetings of neighborhood associations and community groups. (You can request him.) He has received the Public Service Award from the Long Beach Branch NAACP, the Community Leader Award from Goodwill Industries, and Attorney of the Year from the Long Beach Bar Association, among other awards.

City Prosecutor Haubert is also an active member of the Los Angeles County Prosecutor’s Association and California District Attorneys Association. He serves or has served on the Board of Directors of Mothers Against Drunk Driving (MADD), the Long Beach Bar Foundation, the Long Beach Public Library Foundation Advisory Board, the Leadership Long Beach Honorary Board, Women's Shelter of Long Beach, and the Board of Directors of Goodwill Industries, Southern Los Angeles County. He previously served for 6 years on the California State Bar Executive Committee, Public Law Section.

Early in his career, City Prosecutor Doug Haubert served as a Deputy City Prosecutor for the City of Long Beach. He later worked for a municipal law firm serving as city attorney and city prosecutor for a number of cities on a contract basis and eventually becoming a partner of the law firm.

In 2010, the voters of the City of Long Beach elected him City Prosecutor. In 2014, he was re-elected with 73.4% of the vote, receiving the highest
percentage of any candidate in the city. In addition to his legal background, Doug has been an active volunteer with local schools and neighborhood organizations. Prior to his election, he served as an appointed member of the Long Beach Ethics Task Force, the Long Beach Airport Advisory Commission, and the Long Beach Civil Service Commission.